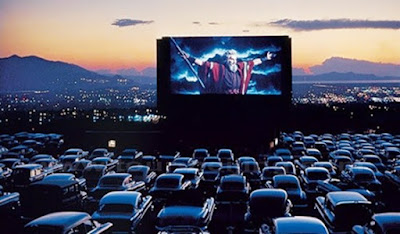 It's our first double feature extravaganza on the show!  Don and Friend are paying tribute to the summers of their childhood by enjoying too much junk food while sitting in sleeping bags and listening to a movie through a tinny speaker while it's projected on a gigantic screen.  Those of us who grew up in the 1960s, 1970s, and 1980s can remember the sheer excitement that came from taking a trip to the local Drive In to enjoy one Grade-A movie and a Grade-D later showing, the place where Star Wars and Battle Beyond the Stars could be seen for one low price (and even less if you snuck friends inside the trunk of the car).  The Drive-In, a place where you could sit on the hood of the car, roof of the van, or on a lawn chair swatting mosquitoes while watching Burt Reynolds drive a Trans-Am and Chuck Norris karate kick some punks.  Enjoy a 90-minute trip down memory lane as our summer gift to you!

The cooler is stocked with snacks and drinks and the station wagon is parked at the prime spot at the local Drive-In Theatre.  Come along as Don and Friend spend some time reminiscing about visits to the classic outdoors theatres and some of the classic movies they enjoyed.  Then once the sun sets turn on that window speaker as we enjoy our summer double feature of two horror movies: The Babadook (starting at 21:30) and Wolfcop (at 53:30)!  It’s a fun evening out with your two friendly neighborhood podcasters as the conversation covers: The Shining, H.O.T.S., Infra-Man, Bruce Lee, magic tricks, Tim Thomerson, The Blues Brothers, Charles Band, concession stand hot dogs, Grease 2, and plenty of Intermission memories!  What better way can you think of to spend an hour-plus of a summer evening than listening to us through a lousy speaker while sweating in your car!  Let’s all go to the Drive-In! 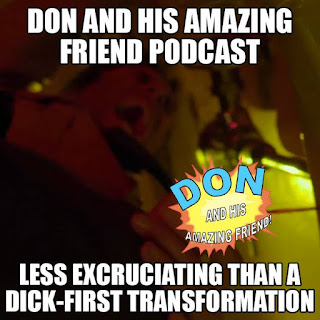 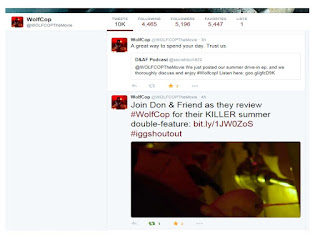 Less than 24 hours after we posted this episode we received some tweets and a personalized meme from The official Wolfcop crew!  Spoiler, YES we loved the movie long before you approved of our little show.  Thanks to the Wolfcop team! 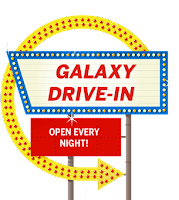 Posted by Barrel Jumper at 6:36 AM No comments: 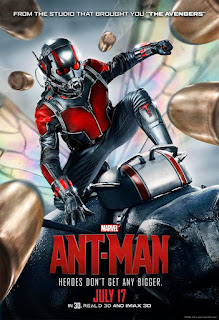 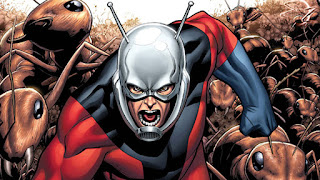 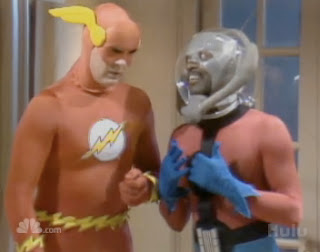 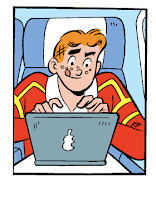